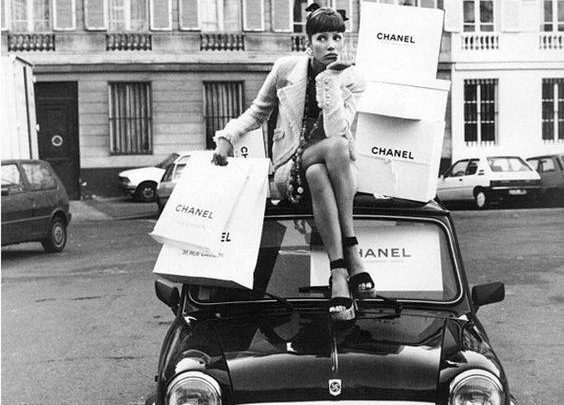 First seen in 1925, the Chanel logo is instantly recognisable the world over and yet despite its almost ubiquitous nature, it manages to convey membership to an elite club where it is impossible to put a fashion foot wrong.

Precisely how the logo came to be is not entirely certain as Chanel herself often gave different versions of her own truths. As such different theories exist including the obvious one that Chanel simply used her own initials. It is worth stating that Chanel’s first name was not Coco but Gabrielle. The pet name Coco was likely acquired during her stint as a singer in Paris cafés (although Chanel sometimes credited her father with giving her the name Coco as it is said he didn’t like the name Gabrielle). So the two C’s could reference Chanel’s nickname and her surname.

Another notion involves Chanel’s lover and financial supporter Arthur ‘Boy’ Capel. When ‘Boy’ was killed in 1919 in a road accident, Chanel mourned deeply and is quoted as saying “in losing Capel I lost everything.” Perhaps Chanel used the intertwined C’s to represent herself and her lost love.

Two other prevailing suggestions about the inspiration behind the logo involved stained glass windows. As an illegitimate child born into poverty, Chanel spent some of her early years being raised in the orphanage at the Aubazine Chapel where ancient windows may have provided her inspiration.

Whatever their origin the interlocking C’s adorn covetable pieces by the house of Chanel to this day, whether it be on a button, a hair slide or even the flask bag in the new 2019/20 cruise collection it’s a logo always synonymous with elegance and style